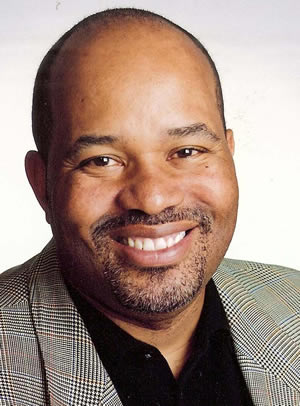 The Children’s Book Council named James E. Ransome as one of seventy-five authors and illustrators everyone should know. Currently a member of the Society of Illustrators, Ransome has received both the Coretta Scott King Award for Illustration and the IBBY Honor Award for his book, The Creation. He has also received a Coretta Scott King Honor Award for Illustration forUncle Jed’s Barbershop which was selected as an ALA Notable Book and is currently being shown as a feature on Reading Rainbow. How Many Stars in the Sky? and Sweet Clara and the Freedom Quilt were also Reading Rainbow selections. PBS’s Storytime featured his book, The Old Dog. Ransome has exhibited works in group and solo shows throughout the country and received The Simon Wiesenthal Museum of Tolerance award for his book, The Wagon. In 1999 Let My People Go received the NAACP Image Award for Illustration and Satchel Paige was reviewed in Bank Street College of Education’s “The Best Children’s Books of the Year.” In 2001, James received the Rip Van Winkle Award from the School Library Media Specialists of Southeast New York for the body of his work.  How Animals Saved the People received the SEBA (Southeastern Book Association) Best Book of the Year Award in 2002 and the Vermont Center for the Book choseVisiting Day as one of the top ten diversity books of 2002.  In 2004 James was recognized by the local art association when he received the Dutchess County Executive Arts Award for an Individual Artist.  He has completed several commissioned murals for the Children’s Museum in Indianapolis, The National Underground Railroad Freedom Center in Cincinnati, Ohio, and the Hemphill Branch Library in Greensboro, NC. He created a historical painting commissioned by a jury for the Paterson, NJ Library and a poster for the 50th Anniversary Celebration of Brown vs the Board of Education.  His traveling Exhibit, Visual Stories has been touring the United States since 2003.  His work is part of both private and public children’s book art collections.

I was born in Rich Square, North Carolina. Because I grew up in the rural South, I did not have the opportunity to meet artists, visit art galleries or museums. I do not remember how my interest in art began, but I do remember that some of my first drawings were of hot rod cars and images copied from the pages of comic books and the Bible. My Grandmother, who raised me, began asking me to read the Bible to her. And as I read, the illustrations — filled with figures in dramatic poses wearing flowing garments and surrounded by beautiful landscapes or elaborately detailed architecture — sparked my imagination. These images were the first types I tried to imitate. After discovering Mad magazine, I began creating my own stories which featured me and my friends. There were no art classes offered in the school I attended, so I began borrowing the few how-to-draw books my school library had on the shelves. I also tuned into any television show that discussed art and artists. Around the fifth or sixth grades, I enrolled in a correspondence course that I found in the back of a comic book with the course title, “How to Draw Gags and Cartoons and Get Rich, Rich, Rich!” Well, I didn’t get rich, but I did begin to understand some basic things about cartoon characters.

As I grew older, I became increasingly impressed by the images I saw on television. I was fascinated mainly by cinematography and how scenes were set up. This fascination, along with being told about the difficulties of making a living as an artist, shifted my attention to film making.

After my freshman year in high school, I moved to Bergenfield, New Jersey. It was at Bergenfield High School that I began to develop my talents by taking film making and photography classes. The impact of these courses greatly influenced my current style of illustration. Through photography, I discovered the power perspective, value and cropping could have on a single image. Through film making, I discovered the many ways to pace a story with the aid of camera angles and framing images. After producing several student films, I realized that I preferred to work independently, so I began animating my own visions on film. Upon the suggestion of my high school film making teacher, Charlie Bogasat, I took a drawing and painting class. This class rekindled my interest in illustration.

I went on to earn my Bachelor of Fine Arts degree in Illustration from Pratt Institute in Brooklyn, New York. It was in art history classes at Pratt that I discovered artists such as Mary Cassatt, John Singer Sargent, Winslow Homer, Edgar Degas and Joaquin Sorollla, all of whom have had a major influence on my style of painting. It was also at Pratt that I first met an African-American illustrator, Jerry Pinkney. I had always been given the impression that there were virtually no African-American artists, so meeting Jerry Pinkney and discovering his large body of work was very encouraging. Jerry lectured and later taught a senior illustration class that I would occasionally attend as a junior. I reconnected with Jerry after graduating from college and he has since become a mentor and friend.

What makes illustrating books so exciting is that because each book has a special voice, my approach toward each is different. Whether it be through my choice of palette, design or perspective, there is always a desire to experiment and explore what makes each book unique.

James lives in Rhinebeck New York with his wife Lesa Cline Ransome a writer of children’s books. They have collaborated on a number of books together including Satchel Paige, Young Pele, Quilt Alphabet, Before There Was Mozart and Words Set Me Free: The Story of Young Frederick Douglass. Their newest title, Light in the Darkness will be released in January 2013. They live in the Hudson Valley with their four children and one St. Bernard.